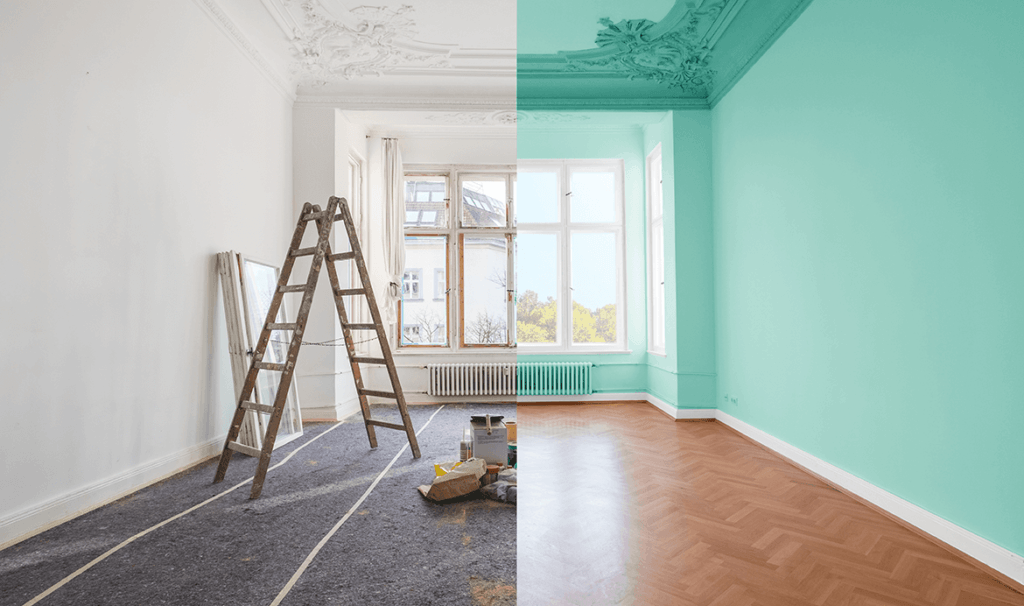 During all these years, I’ve met several people who regret painting their houses themselves and the reason is quite understandable: because it looks awful.

Most people tend to underestimate how a simple task isn’t probably as easy as it seems. As someone who has tried and actually painted his home alone and by himself, I can assure you that it is harder than it looks. Actually, I also regretted doing it and ended up asking someone else to fix everything I did wrong.

House painting isn’t a simple task if you don’t know how to apply the paint correctly. Therefore, don’t think it is a waste of time and money to employ someone who can do it for you. Of course, I’m not talking about a random person but rather a professional.

Many of my friends and members of my family used to tell me that they weren’t going to employ someone to do something like painting a few walls, but of course, they learned how important is to get a professional in a hard way.

Personally, I’m someone who thinks that people, professionals, and occupations exist for a reason. Therefore, I don’t think a painter isn’t useful but quite the opposite.

If you don’t want to waste time, effort, and money, you will follow my advice on employing a professional painter to do your house painting for you. Otherwise, you will end up regretting your decision just like every single person I’ve known before you.

Now, if you are not sure about who you should employ, there are many companies and professionals in Midland, so I understand why you are struggling to try to make a decision.

To find the best painter in the area, you should contact several people and company in order to have a look at their results and prices to compare them. Once you’ve done this, I’m sure that you will be able to make a wise decision.

If you’re looking for one of the best companies out there that will guarantee you amazing results without a doubt, consider Midland Professional Painting Contractors, which is a company with the best painters in the entire area.

We know everything about painting and everything that needs to be done in order to have a house that looks amazing thanks to it. Therefore, don’t hesitate to contact us if you are trying to achieve the best results.

House painting is a piece of cake, but only because our professionals know how to do their job and have experience in this field. Call us, email us and make sure to visit our offices if you want to talk with any of our painters or professionals. We are right here for you.

If you need the best painting services, you need to come to us with the midland professional painting contractors. We are one reliable company, and we shall offer you nothing but the best services once you choose. Below is a list of the painting solutions that you can get from our experts;

If you live in the region of Midland and you are looking for the best septic system services, you need to come to us. We, the Midland TX Professional Painting Contractors, are the best company for this process. We have the required experience to offer the best services in this area.

We service all of Texas. Below is a list of cities most of our services are at on a daily basis:

And all other cities throughout Texas, just fill out the form below for a free quote!